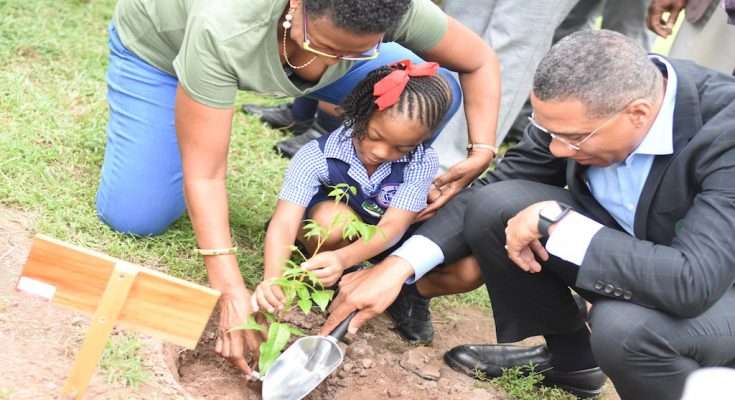 In a public address last week the Prime Minister says 1-million new trees have already been planted in the country.

The target of the National Tree Planting initiative is to plant three million trees in three years.

During the address, Prime Minister Holness encouraged government ministries and all citizens to become active in saving the planet by planting trees.

He says 1000 interns will be trained in forestry management through the Program.

He commended the work of the Forestry Department and stated that Jamaica was in support of the global effort to mitigate against the ills of climate change.