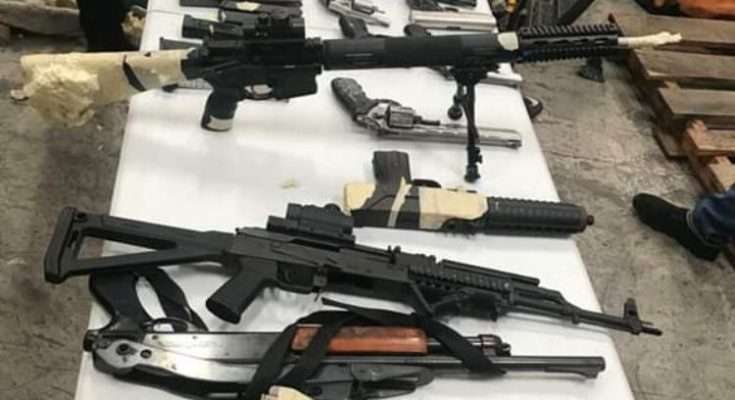 There has been another major arms find at the wharves in Kingston.

Twenty-guns and hundreds of rounds of ammunition were discovered at a building at Kingston Wharves this afternoon.

The weapons include 1 sniper rifle. Also among the weapons seized are 5 other rifles and 14 pistols.

Reports are detectives from the Counter Terrorism and Organized Crime Investigation Branch, C-TOC, and members of the Contraband Enforcement Team, CET, discovered the weapons in a building on the wharf.

Our sources say the bullets are still being counted but could be in excess of 600 rounds. The assortment of weapons were reportedly found in barrels in the building.

In October last year CET seized 26 guns on the wharf over two days. At the time more than 640 rounds of ammunition were found.