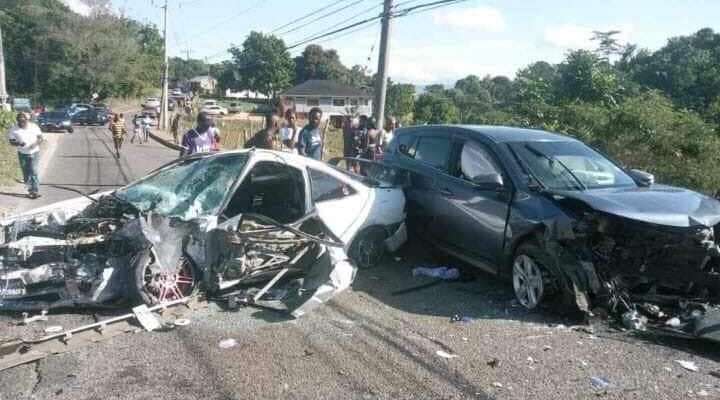 With eight days left in the year, Statistics from the Road Safety Unit of the Transport Ministry show, 425 people have died on the nation’s streets.

That figure is just nine short of the 434 people who perished on the nation’s street’s in 1993.

Reports are about 4:30 yesterday afternoon, a Nissan motorcar was traveling on the Discovery Bay Main Road, when it overtook a line of traffic.

The Nissan motorcar reportedly collided with a Land Rover, going in the opposite direction, sending both cars off the road.

The Road Safety Unit says so far in the month of December, 29 people have died in 23 days.

Director of the Road Safety Unit, Kenute Hare, says as Christmas approaches, both motorists and pedestrians should exercise greater care on the roads.

He says they’re appealing to motorists to reduce their speed, look out for vulnerable road users, and never overtake on a bend or at a junction.

He’s also stressing the importance of using seatbelts for drivers, passengers and especially children, who should be secured in the appropriate protective devices.