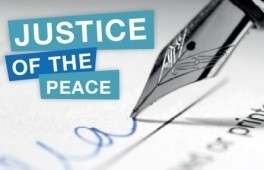 Minister of Justice, Delroy Chuck, says up to 3000 more Justices of the Peace, will be trained this year.

Minister Chuck was speaking yesterday at the launch of the 2017 Training of Justices of the Peace at the Jamaica Conference Centre, in downtown, Kingston.

Mr. Chuck says the training of JPs is part of the government’s collaborative effort with the National Integrity Action to reduce corruption.

He says over the next three years, up to 1000 schools will receive trained mediators as part of the government’s plan to reform the justice system.

He says other parts of the justice reform plan include introducing new government policies designed to widen the scope of influence of a justice of the peace.

He says he intends to form Justice Centres across the island. These centres will staffed by mediators and restorative justice practitioners.