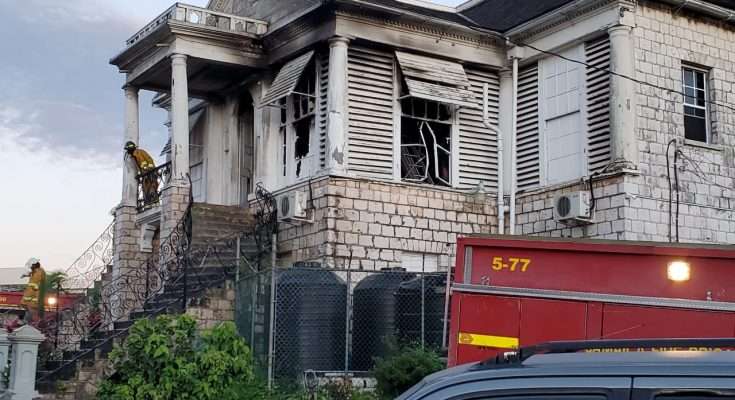 7 am Update: The Mayor of Mandeville, Donovan Mitchell says the early morning fire at the Courthouse in the parish capital started in a judge’s office on the upper floor.

The fire started sometime after 4 am.

Mayor Mitchell who was on the scene spoke with Nationwide News a short while ago.

It’s understood two units from the Jamaica Fire Brigade responded to the blaze.

Director of Communications at the Court Management Services Kadiesh Fletcher says all matters that were scheduled for today at the Mandeville Court House will not be heard.

MAIN STORY: A section of the Mandeville Court House in Manchester has been destroyed by fire.

Nationwide understands the front of the building was seen on fire just after 4 this morning.

It’s understood two units from the Jamaica Fire Brigade responded to the blaze.

The blaze is now under control.

It’s understood the damage may be significant.

An investigation is underway.

We’ll have more details as it becomes available.