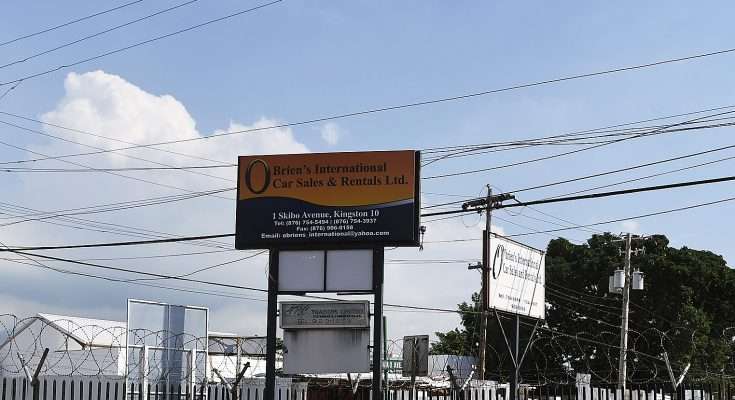 The 66 used vehicles for the police that were on the wharf are to be cleared.

O’Brien’s International was contracted earlier this year to provide two-hundred used cars for the JCF.

However, months later and after two extensions, only 30 of the vehicles had been delivered. According to Mr. Ebanks, 66 more have been on the wharf for several months awaiting clearance.

Earlier this month, National Security Minister Robert Montague said his ministry would be meeting with O’Brien’s in an attempt to negotiate the payment of taxes on the 66 cars.

Minister Montague had maintained the government would not break procurement guidelines or pay the duties using taxpayers’ money.

Mr. Dabdoub says once the vehicles are cleared, they’ll be placed in a store for clean up.

Meanwhile, Mr. Dabdoub says the National Security Ministry and O’Brien’s have also reached an agreement regarding the shipping of the remaining 1-hundred and four vehicles from Dubai. He says this is now being implemented, however further discussions are to take place.

And Mr. Dabdoub says his client has so far appeared before the Contractor General, Dirk Harrison twice.

The Contractor General’s office is investigating the procurement contract with O’Brien’s.

Mr. Dabdoub says his client is cooperating with the OCG. He’s expected to supply a number of documents to the Contractor General today.