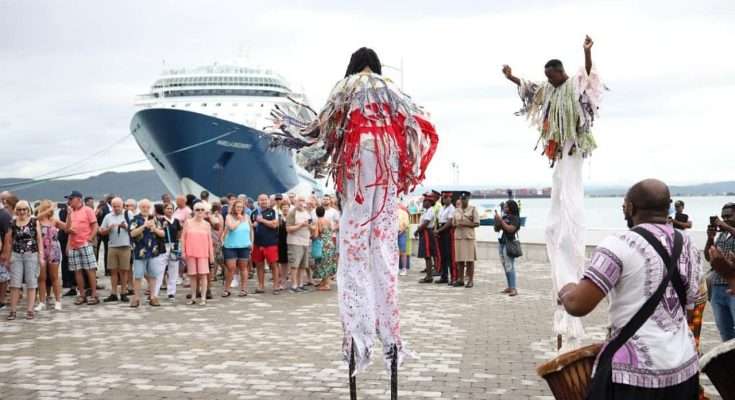 Some 1,900 tourists, mostly from Britain and Canada, visited sections of Kingston yesterday, when the Mariella Discovery 2, docked at the Port Royal Pier, in a historic opening of the facility.

The Port Authority of Jamaica in tandem with other stakeholders such as the Kingston and St Andrew Municipal Corporation, worked until 5 AM yesterday to have the Pier ready for the cruise ship’s 7 AM arrival time.

What was an obvious construction site up to Friday afternoon was transformed into an impressive tourist site by Monday morning, in time to welcome the visitors.

Vice President of Cruise Shipping and Marina Operations, at the Port Authority, William Tatham, explained how it unfolded.

He says there’s still more work to be done on the facility as it’s now 90-per cent complete.

When our news centre visited the Pier yesterday, tourists were seen checking out the various booths showcasing wares.

The visitors also toured sections of Kingston and visited sites such as the Bob Marley Museum and the National Stadium.

They were also treated to music, entertainment and lots of food.

In the meantime, State Minister in the Ministry of Industry, Commerce, Agriculture and Fisheries, Floyd Green, says the move is significant for small businesses.

Our news centre also spoke with a number of tourists who said they enjoyed the Port Royal experience and felt very safe in the place once known as the wickedest city on earth.

The ship left the Pier shortly before 8 last evening.