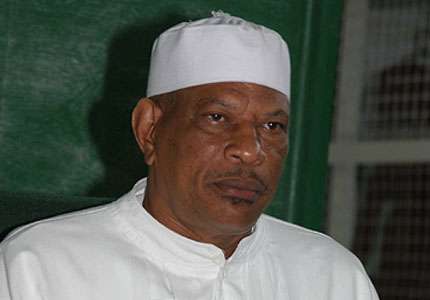 By Abka Fitz-HenleyJul 20, 2015, 21:16 pmComments Off on Abu Bakr Arrested Over Seetahal Killing

The National Security Minister in Trinidad and Tobago, Carlton Alfonso has confirmed that the controversial leader of the Jamaat-Al-Muslimeen group, Yasin Abu Bakr, is in custody in connection with the killing of prominent attorney and Senator, Dana Seetahal.

Abu Bakr was this morning arrested by police at his home.

Abu Bakr was at the centre of controversy in Jamaica last year, after the Simpson Miller administration spent 36-thousand US or approximately 4-million Jamaican dollars to deport him.

He’s infamous for leading a six day coup in T-and-T in July 1990, in which the country’s Prime Minister, ANR Robinson, along with members of his Cabinet, were held hostage.

Dana Seeathal was killed as she drove to her apartment in the capital, Port of Spain.

Two vehicles reportedly pulled alongside her car, causing her to stop, before occupants fired several shots at her, hitting her in the head and chest.