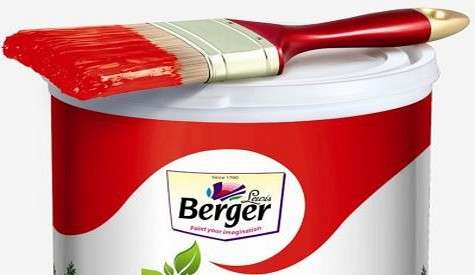 By Nationwide NewsnetOct 23, 2017, 16:54 pmComments Off on ANSA Coatings Fails in Move to Take Berger Paints Private

ANSA Coatings International Limited has failed in its attempt to secure a significant portion of the minority shareholding in Berger Paints Jamaica Limited (BRG), that would have allowed them to take the company private and force remaining shareholders to their shares to them.

In a notice published by the Jamaica Stock Exchange, Ansa confirmed that their take-over bid offer for the remaining shares representing 48.99% or 105 million BRG shares, closed with ANSA only to taking up and purchasing 6.7-million shares representing just over three percent more of the Berger Jamaica shareholdings it does not currently own.

Ansa’s holdings in Berger Paints Jamaica Limited now stands at 54.12 percent. Ansa needed at least 19-20 percent more Berger shares to get beyond the 80 percent ownership required to take the company private. At 90 percent, it could have forced the remaining shareholders to sell.

The outcome confirms what key minority players and financial analyst had been predicting, that minority shareholders would reject the offer of JA$10.88 or US$0.08485 per share.

ANSA Coatings made a mandatory offer for the outstanding 48.99 percent of minority Berger shares this month, in compliance with the market’s takeover rules. The company came into indirect ownership of the Jamaican operation when it acquired Lewis Berger Overseas Holdings in July.

Financial Analyst John Jackson, Mayberry Investments and NCB Capital Markets valued the stock much higher at around $11.62, with significant minority owner, the Ideal Group suggesting that $18 would have been a better offer.
Donovan Lewis, founder and chairman of the Ideal Group, which holds 11.61 percent of Berger Jamaica shares, is reported to have said that he was not interested in selling his shares, but “just like anyone else,” if he got a good offer he would take it.