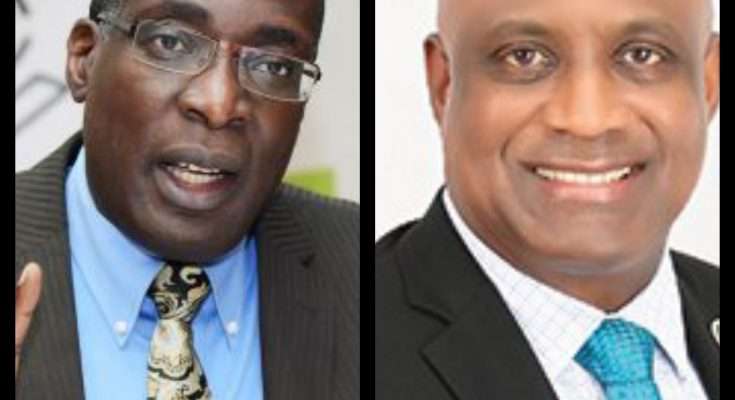 The application also seeks to bar the Financial Investigations Division, FID, from getting a fiat from the Director of Public Prosecutions, DPP.

This, after he says the FID blundered in their handling of the matter.

He says the FID acted in breach of its statutes when it arrested and charged Reid, Pinnock and three other co-accused.

Mr Wildman was speaking at a media briefing at his Lady Musgrave Road office this afternoon.

Attorney Hugh Wildman’s describing the charges against his client and four others including former Education Minister Ruel Reid as an imitation gun.

He says the FID breached its statutes by arresting and charging the individuals.

And, he says the FID, as a division, isn’t allowed to request a fiat from the DPP.

He says a group cannot request a fiat, as fiats are only issued to individuals. That’s why he’s anticipating an early date for the judicial review application that was filed today.

The judicial review will also seek to reverse the corruption charges laid on all 5 accused.

Meanwhile, Mr. Wildman says his clients are not ruling out suing the State if the charges are annulled.

He says the documents were served on the FID today.

In the meantime, Attorney Hugh Wildman says he’s of the opinion that the FID breached its statutes to satisfy “the whims of some people”.

He says the FID’s reputation will take a battering for the alleged blunder.