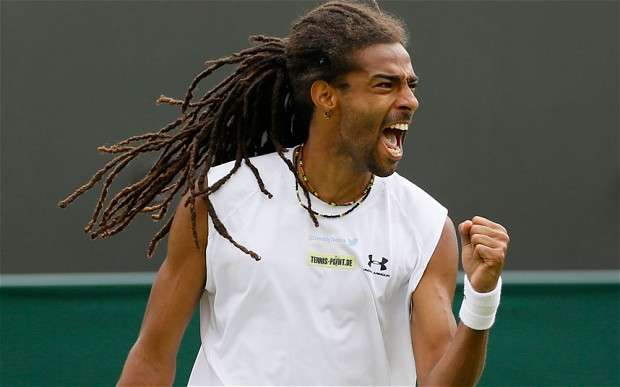 A Former Jamaican tennis star has created the biggest upset to date at Wimbledon 2015.

“You have to play your A game against him,” Brown told BBC Sport.

“I am fortunate I played him twice on grass, which is my favourite surface. My game makes him not play his game. He doesn’t get in a rhythm.”

Brown says he had to motivate himself throughout the match.

“It’s great that people are appreciating me for my tennis. But on the other side, if I would worry too much about what people think, I wouldn’t have the hair and probably wouldn’t look the way I look,” Brown said.

“When we watch my matches it’s like, ‘OK, that’s a good shot, maybe that was stupid’.

“That is how I am. That’s what makes me dangerous, especially on these surfaces.”