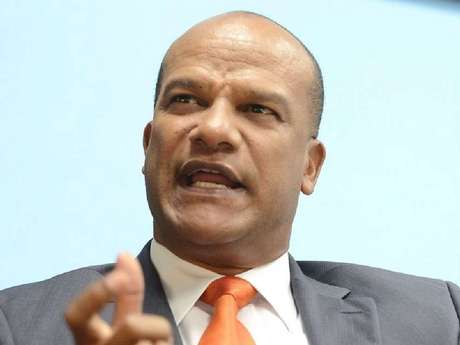 Bunting Promises To Modernize The PNP If Elected President

The Rise United campaign launch will take place at the Manchester High School in Manchester on Sunday.

Mr Bunting says many of the party’s practices are outdated.

He says he’ll bring new energy and ideas to the PNP.

Meanwhile, campaign chairman for Peter Bunting Rise United Campaign and Member of Parliament for St Ann North West, Dr. Dayton Campbell is calling on both campaigns to focus on the issues affecting the party.

Dr Campbell is also being critical of the party’s hierarchy for what he describes as their selective use of polls to make decisions.

Dr Dayton Campbell. He was addressing the Salt Spring Divisional conference in St James, on Sunday.