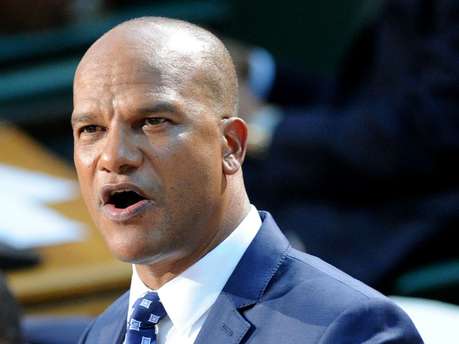 By Nationwide NewsnetAug 22, 2015, 01:58 amComments Off on Bunting Refutes Observer Report

The Ministry of National Security is refuting claims that portfolio Minister, Peter Bunting, announced plans for the construction of a new maximum security prison on Wednesday.

The Minister is reported to have outlined plans for the construction of a 2000 bed facility at a cost of $10-billion.

This during a contract signing ceremony for the $164-million dollar construction of a two storey building to house additional inmates at the Tamarind Farm Adult Correctional Centre.

But emailed correspondence from the Ministry says the Minister was only responding to a question about long term plans to address the chronic overcrowding in the country’s penal system.

It says that in response to the reporter, the Minister made the point that the best option for the correctional system would be the construction of a modern prison facility.

The statement says the Minister did not tell his audience that a new plan had been submitted for the construction of a new maximum-security prison.

It says such a plan would require a detailed cost estimate, a date for commencement of works, contractor and various other logistics.