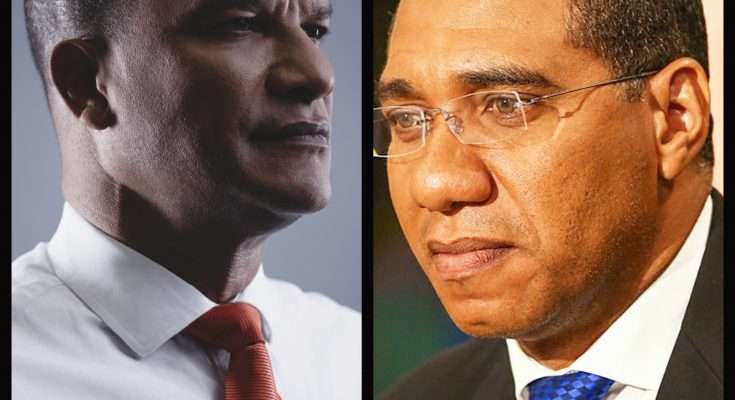 Bunting Says He Can Defeat Holness in A General Election

PNP leadership aspirant, Peter Bunting, says he believes he can lead the party to victory against the Andrew Holness-led JLP in a general election.

Mr. Bunting was speaking with Dennis Brooks and Patria Kaye Aarons on Nationwide This Morning.

Mr. Bunting says he doesn’t have data to show his chances against Holness, but he’s confident that if they start now, a renewed PNP with himself as leader can be victorious in the next general election.

But Mr. Bunting says the poll didn’t ask whether he would fare better than Phillips.

Mr. Bunting says he has other research that points him in the direction he needs to focus on.

He plans to formally launch his campaign in July, ahead of the PNP’s annual conference in September where the leader is expected to be decided.

He says his challenge is energizing the party’s base.

He says he can deliver results.

Mr. Bunting had posted images of himself and Mrs. Simpson Miller since his announcement over the weekend, giving some the impression that she was endorsing him.

However, in a statement on her official Facebook page yesterday, Mrs. Simpson Miller says she’s not choosing a side, and asks that her name and image not be used in the campaign.

Meanwhile, Mr. Bunting is defending his recent statement that he’s put up his own personal money to support the PNP.

He says he made the comment to rebut criticisms that he hadn’t done enough for the party.

And he’s raising concerns about an apparent lack of financial accountability and transparency within the party’s official structure in recent times.