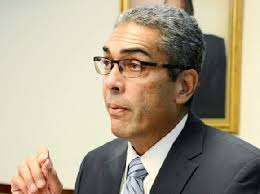 Co-Chairman of the Economic Programme Oversight Committee, EPOC, Richard Byles, is warning that Jamaica must continue to aggressively diversify its energy mix despite the significant fall in international oil prices.

Mr. Byles made the comment while speaking at the monthly EPOC briefing last week.

He says over the next year the government should use the breathing room provided by the lower oil prices to speed up its plans to bring lower cost energy to the country.

And Mr. Byles says if successive governments had not been “fooling around” with the building of new generating capacity Jamaica would have seen twice the reduction in energy costs occasioned by falling oil prices.