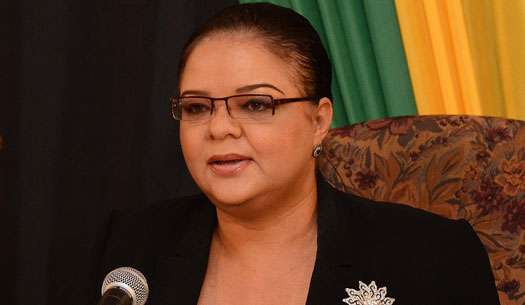 Cabinet in the dark about Future Krauck Talks

Hylton had announced that Krauck is interested in pumping US $5-billion into Jamaica’s logistics hub.

However, two weeks ago, Cabinet said it has accepted a recommendation from the National Logistics Initiative Council, NLIC, that negotiations with Krauck should be discontinued.

But Cabinet said Minister Hylton is free to continue engaging the company, if he so wishes.

Senator Falconer said Cabinet has not been informed about Minister Hylton’s intentions regarding Krauck.

And she hasn’t been in touch with him on the matter.

Falconer is also defending Cabinet’s move to give Hylton permission to continue engaging Krauck in talks.

This despite Cabinet deciding to accept NLIC’s recommendation that negotiations with Krauck should be discontinued.

But the Information Minister said Cabinet was right.

Minister Hylton has been criticized in Cabinet over the Krauk talks from some Ministers who’ve described his handling of the issue as an embarrassment.

According to Senator Falconer – she’s not aware of such sentiments.

2 thoughts on “Cabinet in the dark about Future Krauck Talks”