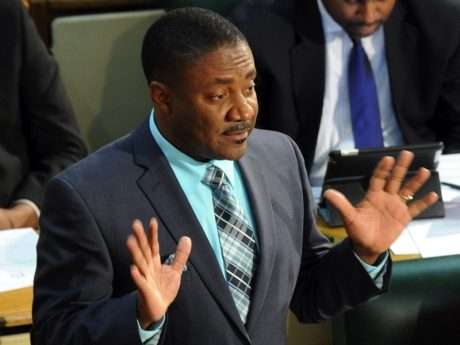 Member of Parliament for East Kingston and Port Royal, Phillip Paulwell, is defending his stewardship of the constituency.

He was reacting to concerns that the development of the Port Royal Pier lays bare the lack of improvements in the community for decades under his stewardship as MP.

Some 1,900 tourists visited various sections of Kingston, when the Marella Discovery 2, docked at the Port Royal Pier, in a historic opening of the facility yesterday.

Mr Paulwell was speaking on Cliff Hughes Online this morning.

He says he and his party had been instrumental in the initial development plans for Port Royal.

And he says he intervened to ensure the concerns about infrastructure development were addressed.

In the meantime, Minister with responsibility for Education, Youth and Information, Karl Samuda, is dismissing Mr Paulwell’s claims that he was instrumental in the development of the facility.

The Acting Minister called Cliff Hughes Online this morning saying when he heard Mr Paulwell’s interview, he was appalled.

He says the MP was constantly expressing negative views about the development plans.

According to Mr Samuda, Mr Paulwell’s only interest was his image.