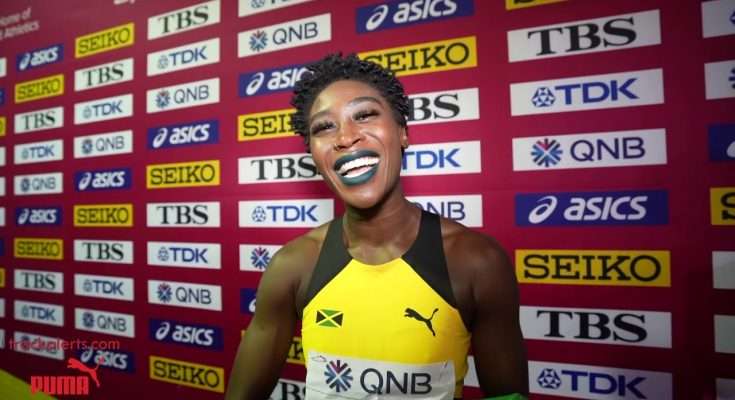 World Championship bronze medalist, Rushell Clayton, says gaining a medal in her first major senior championships is vindication for all the work she’s put into her career.

Clayton claimed the third place in the 400m-hurdles at the 2019 World Championships in a lifetime best of 53-point-7-4 seconds.

She says her career took a turn when she made the radical move of changing her circle of friends to focus on her craft.

Clayton says she’s now focused on breaking the 52-second barrier in her event.

The current world record holder in the 400-meter hurdles is 29-year-old American, Dalilah Muhammad with 52.1.6 seconds.

Clayton says she aims to be the best in the world in the event.