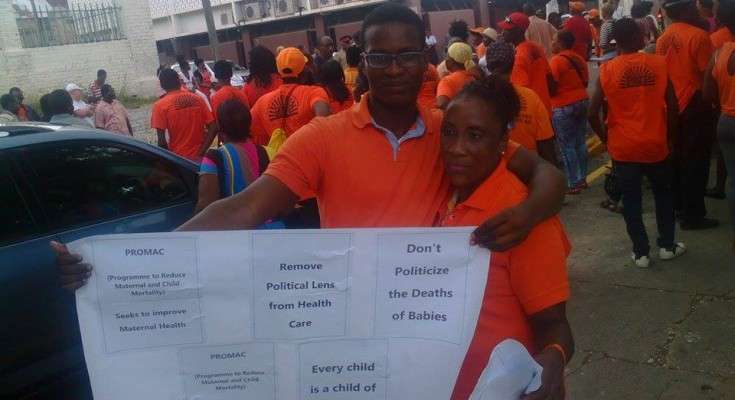 By Jevon MintoOct 28, 2015, 01:15 amComments Off on Comrades Show Solidarity for Embattled Health Minister

Scores of PNP supporters gathered outside Gordon House this afternoon in a show of support for the embattled Health Minister, Dr. Fenton Ferguson.

An employee at Dr. Ferguson’s constituency office in Eastern St. Thomas, Jackie Thompson, told our newscenter that there’s no reason for her boss to resign.

Another PNP supporter told our news center, that technocrats at the Health Ministry should be held accountable for the dead babies scandal.

Previous PostLogistics Hub to Create 10,000 Jobs Next PostJa Among Most Improved Economies on Doing Business Report