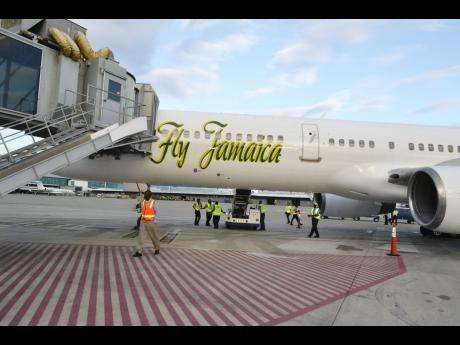 The beleaguered airline, Fly Jamaica is under new management.

The airline has been in financial trouble since one of its planes crash-landed last year.

It was also forced to make all its employees redundant in March.

But the company has been thrown a lifeline by a team of investors, including Jamaican aviation veteran Glenn Logan.

The new investment team is led by Yann LeProvost of the French-based company W&Y SAS.

The new owners took over the company on Friday from Guyanese operators, Paul and Roxanne Reece.

The new investors have promised to address issues affecting the carrier, including the payment of salaries, ticket refunds and outstanding debt.

The carrier says it plans to resume flights to New York and Toronto in September.

It says plans are also in place to expand flights to Florida.

The new management team says it’s also in dialogue with the government of Jamaica and stakeholders in Europe to tap into Jamaica’s tourism market.

It says plans are also in place to open an office in St. James, so that more flights can leave from and arrive at the island’s tourism Mecca.