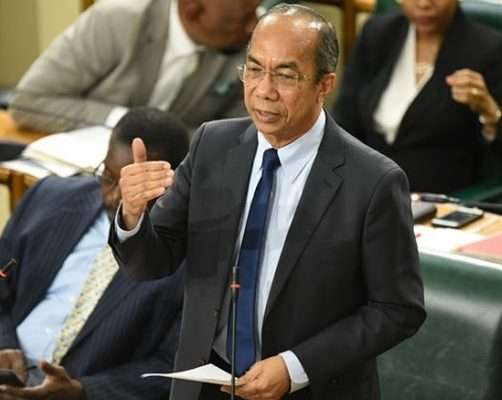 Criminal Charges Laid Against 28 Persons Detained Under State of Emergency

National Security Minister, Dr. Horace Chang, says criminal charges have been laid on 28 detainees who were arrested following the declaration of a State of Public Emergency in Hanover, Westmoreland and St. James.

The special security measure was declared in the western parishes last week Tuesday.

Dr. Chang was addressing the House of Representatives last night.

He disclosed that the national DNA database should be ready this year.

In the meantime, Western Westmoreland MP, the PNP’s Dr. Wykeham McNeil, is urging the government to fast track plans to engage multi-stakeholder discussions about a sustainable plan to ensure peace reigns in areas where a State of Public Emergency is in effect.

Dr. McNeil was addressing the House of Representatives yesterday on a resolution to extend by 90 days the State of Public Emergency in Hanover, St. James and Westmoreland.

McNeil, who’s also a Vice President of the PNP, noted that he’d vote to support the extension.

But, he called for more engagement from the government.