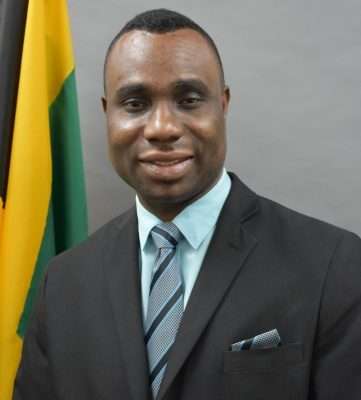 By Nationwide NewsnetFeb 15, 2019, 19:21 pmComments Off on Dean Roy Bernard Transferred from Education to Finance

The move was confirmed by Communications Director in the Office of the Prime Minister, Robert Morgan, this afternoon. It’s also understood that Chief Education Officer, Dr. Grace McLean, has been promoted to act as Permanent Secretary with her full appointment expected next week.

The transfer has been made with immediate effect. The announcement was made internally at the Education Ministry this morning during an executive meeting.

Mr. Bernard is an attorney-at-law and a career public servant, who has served in senior positions in the Ministries of National Security, Justice, and Finance and Planning. He joined the Ministry of Education in 2010, in the capacity of Director of Compliance and Post Audit.

According to Mr. Morgan, Mr. Bernard will assist Finance Minister, Dr. Nigel Clarke, in light of the departure of Minister Without Portfolio, Fayval Williams. Mrs. Williams has been appointed Minister of Science, Energy and Technology.