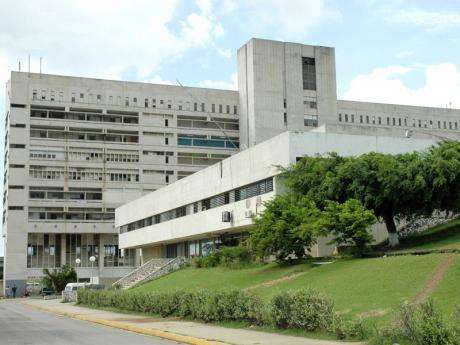 Dr. Guy says if this is done by Health Minister, Dr. Christopher Tufton, it would allow the government to utilise emergency procurement guidelines in completing the rehabilitation work being done.

Head of the Cornwall Regional Hospital Rehabilitation Project Oversight Committee, Professor Archibald McDonald, recently blamed what he describes as onerous government procurement guidelines for delays in the completion of works being carried out at the hospital.

Dr. Guy says politicians have the power through Parliament to amend the laws causing these delays.

He says that excuse is ludicrous.

Dr. Guy says the emergency declaration would speed up the procurement process.

Both were speaking with the media today.

Work started on the only type A facility in western Jamaica more than two-years ago to address noxious fumes emanating from a section of the building.