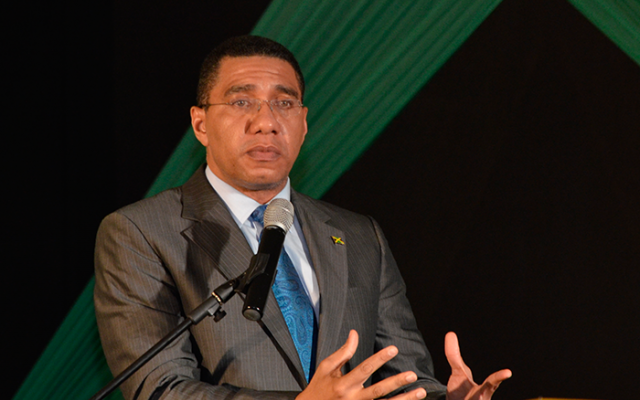 Prime Minister Andrew Holness says a new Domestic Violence Bill is being drafted in response to bone-chilling episodes of intimate- partner violence across the country.

He made the announcement during a JLP Area two meeting in Portmore, St. Catherine yesterday.

The Prime Minister spoke from the political platform about what he described as the corrosive permissiveness of violence in Jamaica.

Prime Minister Holness is calling on young men in the society to end the cycle of harassment and violence against women.

He’s calling on members of the JLP to ensure they do not take part in such behaviour.

The Prime Minister says the JLP must also extend its message of prosperity to also include peace.