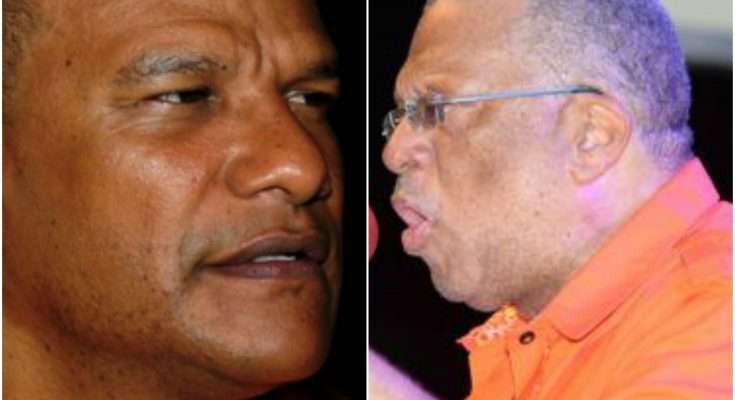 Mr. Bunting’s campaign is now using the latest poll results as further evidence that he should be the one to take the reins of the 81-year- old political party at this time.

The poll asked which of the two Peters, Bunting or Phillips, would be best suited to lead the PNP at this time.

The Don Anderson Poll was conducted nationally and included 750 respondents of voting age between July 20 and August 2.

It found that 36% of the respondents believe Peter Bunting has the best chance of defeating Prime Minister Andrew Holness in a National Election.

That’s compared to only 16% of respondents favoring Dr. Peter Phillips.

The majority of those polled, 39%, believe Mr. Bunting’s challenge is a good idea at this time.

Don Anderson also found that the PNP is just five points behind the JLP, if a General Elections were to be called now.

This according to Dr. Campbell is an improvement on the numbers polled in March which showed the PNP trailing the JLP by 11 percentage points.

He’s contributing the bump to Mr. Bunting’s challenge for the party presidency.

Dr. Campbell says based on the poll results, the time is right for a change in the leadership of the PNP.

The Don Anderson poll also shows that 18% of respondents said they were not yet sure which party they would vote for while another 18-per cent said they would not vote.