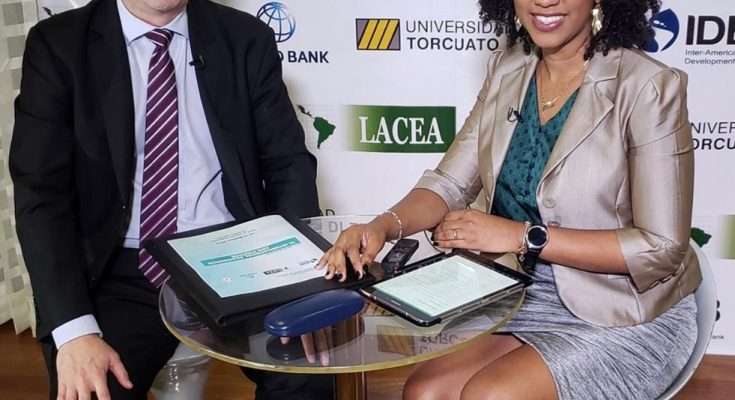 Inflation targeting is a monetary policy in which a central bank explicitly targets a particular inflation rate and announces the target to the public.

The Bank of Jamaica, BOJ, has been moving towards inflation targeting over the past year, and has set a target of between 4 and 6 percent.

However, the strategy has been criticized, as many in the business sector believe the BOJ should focus more on the exchange rate, and intervene more quickly when the Jamaican dollar depreciates too rapidly.

Kalilah Reynolds sat down for an exclusive interview with the Paraguayan Central Bank Governor, who’s reported an economic turnaround in his country since incorporating the strategy.

Inflation targeting is a fairly recent strategy, pioneered in the early 1990s by New Zealand, Canada and the United Kingdom. Less than forty countries, including both developed and developing countries, are currently full-fledged inflation targeters.

One of them is the South American country, Paraguay, which implemented the regime in 2011. Paraguay’s Central Bank Governor, Dr. Carlos Fernandez Valdovinos, says their economic turnaround started with an IMF standby agreement in 2003, and continued with their adoption of inflation targeting. They’re now one of the most stable countries in the region.

Paraguay’s inflation rate is 4-percent, exactly on target. But while all this sounds good, their currency is also one of the weakest in the region, at more than 6,000 to one USD. One of the supporting principles of inflation targeting is to let the currency float freely, with central bank intervention reserved for periods of extreme volatility.

And he insists Paraguay’s currency is actually stronger than its neighbours, many of whom have had to issue new currencies over the years because of hyperinflation. He says Jamaica’s currency wouldn’t be negatively affected by inflation targeting, as long as the country continues good fiscal and monetary policies.