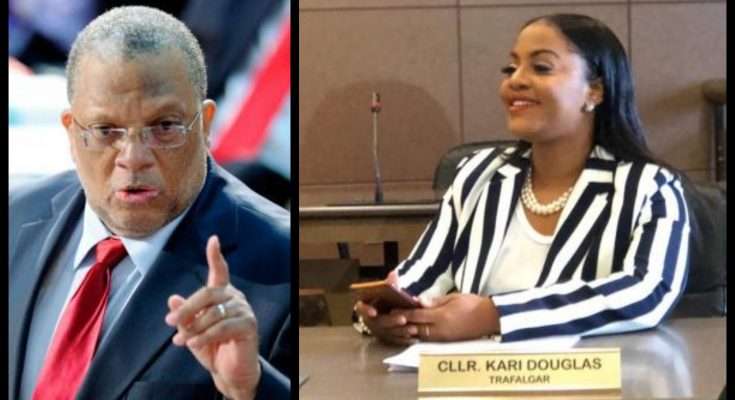 Councillor for the Trafalgar Division, the JLP’s Kari Douglas, says PNP President, Dr. Peter Phillips, should be more concerned about his dismal political stocks when compared to Prime Minister Holness than her decision yesterday to walk out of the PNP.

Councillor Douglas made the comment on Nationwide 90FM today as she dismissed a thinly veiled suggestion by Dr. Phillips that she’s indisciplined.

Councillor Douglas says she has no intention of getting into a war of words with Dr. Phillips.

But she says the PNP President’s reaction to her departure appears convenient.

Councillor Douglas says Dr. Phillips has a much bigger problem to worry about than her move to cross the floor of the Kingston and St. Andrew Municipal Council.

The former PNP Councilor had supported Peter Bunting in his challenge to Dr. Peter Phillips’ presidency of the PNP.

Councilor Douglas says she’d not consider returning to the PNP if Mr.

Bunting emerges as PNP President in the future.