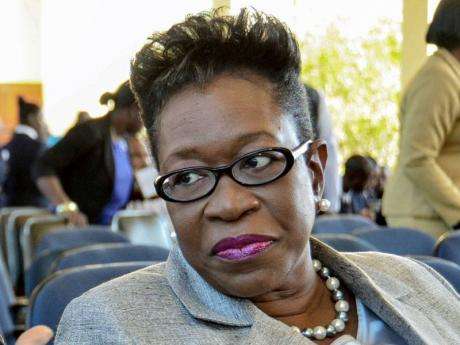 Director of Public Prosecutions, DPP Paula Llewelyn, has moved to implement a social media policy at her office.

And, as part of her move, she’s reminding officials at her office to be judicious about comments they make on social media platforms.

The DPP told her staff in a memorandum dated January 13, whether they like it or not, the comments may receive public attention and have consequences for their profession and place of employment.

The move by the DPP comes after one of her Deputy Directors, Adley Duncan, made headlines and stirred controversy on Twitter in recent days.

Deputy DPP Duncan wrote on twitter that he was engaging in an act that people who live alone sometimes engage in, when his home was burgled by a man.

He says his iPad was stolen.

According to Duncan, while naked, he went outside to speak to neighbours but forgot that there was evidence on his stomach of the act that he was engaged in.

The details revealed on Twitter by the Deputy DPP were reported in the newspapers and online.

DPP Llewelyn sent the memo to her staff yesterday.

She noted, recent events at the office, which she’d not particularise in the memo, have made her reflect on the need for a social media policy at the Office of the DPP as part of its governance structure.

But, she has tried to guide staff about what may be considered appropriate use of the platform and possible consequences for misuse.

The DPP says she’d hoped that self-regulation would have been the path chosen by everyone.

But, Miss Llewelyn says it appears that self-regulation has been a difficult path for some to trod.

The DPP told members of her staff that going forward a social media policy will be drafted, settled and implemented.

Miss Llewelyn wrote in her memo that social media may be a double-edged sword.

She urged representatives of the office to note the high profile nature of the office and the work it does, which may be adverse to the desires of some people.

The DPP also advised her staff to recognize that they may bring damage to the professional reputation of the office if they subject themselves to ridicule.

But, she cautioned that in order to preserve the dignity of their place of employment, it’s important that they not forget that whether they like it or not, the public may not separate personal comments made on social media from their professional existence.