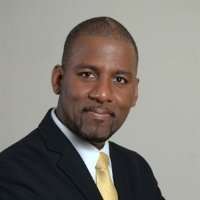 Nationwide News understands that Dr. Wayne Henry has been appointed the new Director General of the Planning Institute of Jamaica, PIOJ.

Dr. Henry brings a wealth of experience to the job, having spent the past five years as a Senior Vice President at Scotiabank.

He also served as Finance Minister Audley Shaw’s Chief Technical Advisor between 2009 and 2011, as well as an Economist at the World Bank from 2005 to 2007.

He takes over the job from Colin Bullock, whose three-year contract ended in April.