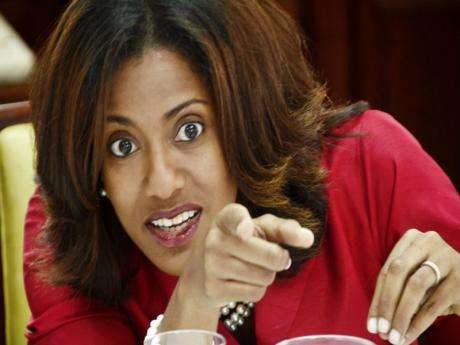 By Lisa WilliamsFeb 08, 2016, 21:36 pmComments Off on Duncan-Pryce Calls on Politicians to Report Corrupt Colleagues

The PNP’s prospective candidate for East Rural St. Andrew, Senator Imani Duncan Pryce is calling on politicians to report the corrupt acts of their colleagues.

She noted that last year’s exposure of the actions of former Lucea Mayor, the PNP’s Shernet Haughton, who awarded several government contracts to family members, is a prime example of how politicians can eradicate corruption.

Meanwhile General Secretary of the JLP’s youth arm Young Jamaica, Rohan Walsh, says the level of political discourse must be lifted to facilitate the success of efforts to eradicate corruption.