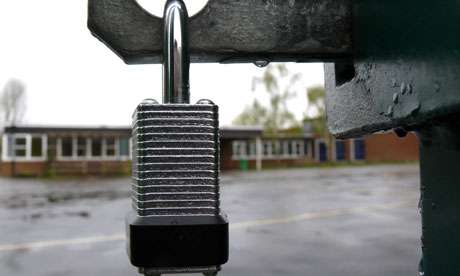 By Nationwide NewsnetJan 19, 2018, 14:18 pmComments Off on Education Minister Warns Against Locking Out Students

It comes after several students of the Holy Trinity High School in Kingston were reportedly locked out of the institution on Wednesday morning.

Minister Reid says administrators can be held criminally liable for engaging in the practice.

The Gleaner reported that students of the Holy Trinity High School said they were barred from the compound despite being early.

The students alleged they were locked out because of their pants, socks, hairstyle, for bleaching and for not wearing the school’s crest on their uniform.

In the meantime, Principal of the Holy Trinity High School, Margaret Brissett-Bolt told Nationwide News that the students weren’t locked out, but sent home. She says the students were picked out for several offences and not just for coming to school late.

Mrs. Brissett Bolt refused to say what those offences were or how many students were singled out. She says they were taken to her office and their parents called in.

The Principal says the parents were then told to take the children home and have them return when they can comply with the school regulations. She says she informed the education officers before carrying out the initiative.

Previous PostPrimary School Teacher on Child Sex Charges Appears in Court Today Next Post29,000 Persons Added to the Workforce in 2017