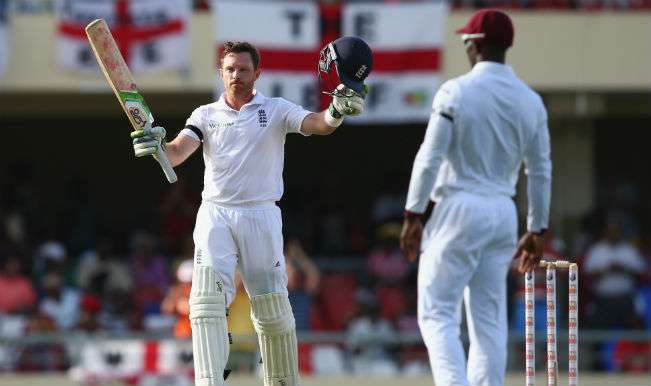 England reached 341 for 5 at stumps on day one of the first test against the West Indies, at the sir Vivian Richards ground, in Antigua.

The tourists innings started shakily losing their first three wickets for 34 runs, before Ian bell and Joe Root shared in a 177 runs partnership to restore the innings.

Root was eventually bowled by Jerome Taylor, for 83.

Ben stokes then joined bell and the two put on 130 for the fifth wicket before bell was caught by Denesh Ramdin, off the bowling of Kemar roach, for 143.