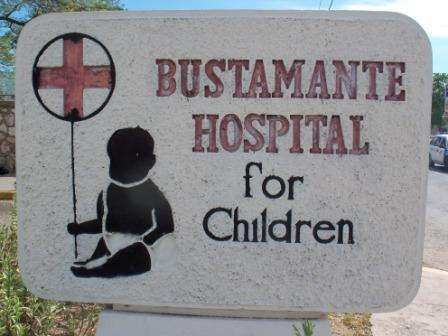 A father says he and his 20-month old daughter were victimised after he raised issues over his child’s treatment when they went to the Bustamante Hospital for Children last week.

The parent, Oneil Thomas, says his daughter was forced to wait for two days to receive proper treatment because he raised concerns over the care she was receiving.

He says he’s since been banned from the children’s hospital, after the administration claimed he threatened a member of staff.

Mr. Thomas says he sought medical attention when his daughter, Daniela’s entire body started swelling about a month ago.

He says he initially took her to the Spanish Town Hospital, where doctors told him she was having an allergic reaction, and prescribed medication.

Two weeks later, he says the swelling still wasn’t improving so he took Daniela to the Bustamante Hospital for Children.

Mr. Thomas says Daniela only started receiving treatment after he raised the issue with a doctor.

Mr. Thomas says he’s been banned from the hospital since he raised his concerns.

The CEO of the Bustamante Hospital for Children, Camile Panton, says the hospital’s administration is investigating Mr. Thomas’ complaints.