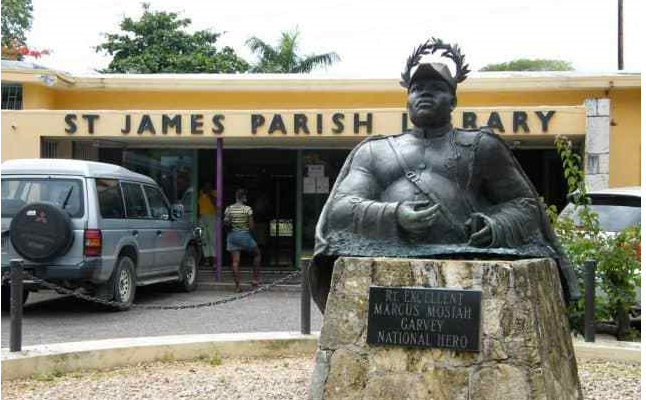 Staff members at the St James Parish Library in Montego Bay are in fear for their lives after students allegedly threatened a manager at the library and vandalized its property.

The students also allegedly slashed the tyre on the manager’s vehicle after measures were taken to remove them from the property several times.

An employee of the library is alleging that the students attend high schools in western Jamaica and are having sexual intercourse, drinking alcohol and smoking on the library’s compound.

The employee who wants to remain anonymous says the library is now closed due to a fire allegedly caused by some of the students.

She says staff are considering their options following several developments involving some high school students in the western city.

The woman says unlike other users of the library utilizing their services productively, these students are engaging in sexual activities.

She says this has become a daily practice for many of them in view of staff, motorists and passers-by.

Not only that, the woman says the students engage in smoking and drinking on the compound even after the library closes.

Our source says recently students attacked and assaulted a man who they claimed was recording them having sexual intercourse while passing the library.

She says the police had to be called in before the students’ makeshift weapons were withdrawn.

On Friday the library had no electricity but was opened for business.

The library didn’t reopen for business today however.

It’s unclear what role the library’s security guard played in the incidents.

Meanwhile, Director General of the Jamaica Library Service, JLS, Maureen Thompson says they’ve been in meetings today with a view of addressing the incidents at the St James Parish Library.

She says there were also meetings at the regional level to address what she’s describing as a ‘siege’ of loitering, which she notes reached a crescendo between Friday and Monday.

Ms Thompson says several stakeholders including the library’s security firm, the police and the regional manager attended the meeting.

The Director General admits some of the students have posed a challenge in recent times by being boisterous and even confrontational.

But, she says she’s unable to say much more until she receives a full report from the regional manager today.