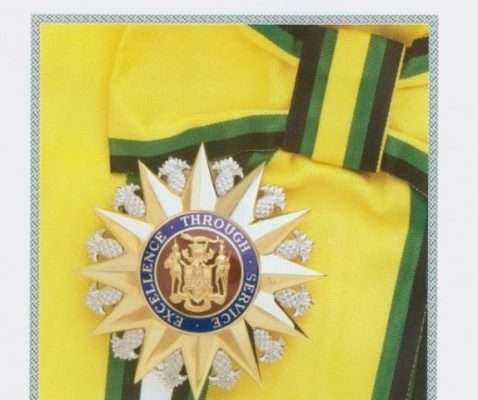 Colonel of the Accompong Maroons in St. Elizabeth, Fearon Williams was among the 250 awardees at today’s National Honours and Awards ceremony.

The annual ceremony was held this morning at Kings House in St. Andrew.

Colonel Williams was awarded for significant contribution to the Maroon community.

Both women were awarded with a Badge of Honour for Gallantry.

Minister without porfolio in the Office of the Prime Minister, Mike Henry and former North West St. Catherine PNP MP and long serving Chairman Robert Pickersgill were awarded the Order of Jamaica.