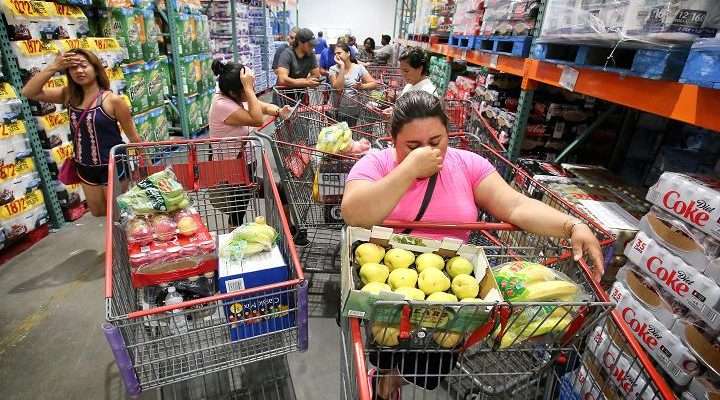 By Nationwide NewsnetSep 08, 2017, 01:41 amComments Off on Floridians Flock to Gas Stations and Supermarkets in Preparation for Irma

Scenes of chaos are being reported in Florida today as people jostle for food, water and gas, all in short supply across the state, in preparation for Hurricane Irma.

Irma is expected to make landfall in Florida by this weekend as an ‘extremely dangerous’ Category 5 hurricane.

Ruby Robinson, a Jamaican living in Florida, says she’s witnessed scenes of ‘sheer terror’ as people try to purchase supplies in preparation for the hurricane.

She says she’s booked her flight to return to Jamaica until the storm passes.

Kamika Thomas, another Jamaican, says people in Florida are terrified because of the scenes of devastation coming out of Houston after the recent passage of Hurricane Harvey.

Garnet Newman, another Jamaican living in Florida, says ‘bottled water is like gold’, as people rush to stock up on the commodity. He says there’s ‘chaos’ in stores.