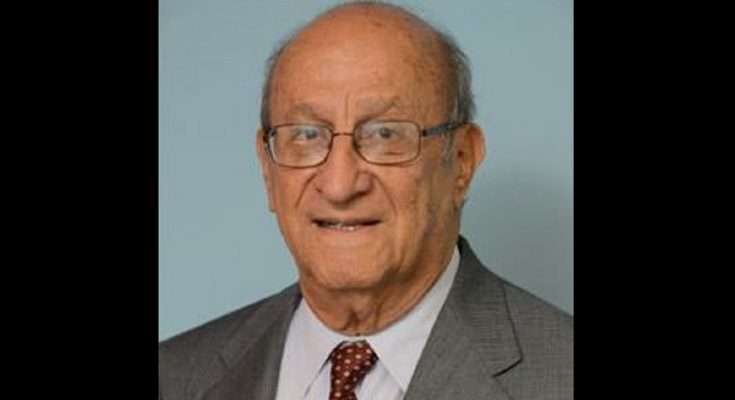 Former Chief Justice, Sir Edward Zacca has died. Sir Edward, who passed away this morning was 88.

The former Chief Justice is survived by his wife Hope Margaret and his children Edward Jr., Karen and Christopher.

The legal fraternity is paying tribute to two of its members who died recently.

The start of today’s hearing into the chopping, shooting and beheading of a mother and her daughter in St. Catherine in 2011 was delayed.

This, as the prosecution and defense attorneys paid tribute to Former Chief Justice Sir Edward Zacca and former coroner in the Kingston and St. Andrew Coroner’s court, Patrick Murphy.

Mr. Zacca served as Jamaica’s Chief Justice for 11 years from 1985 and also served on the Privy Council.

Mr. Murphy was the coroner in high profile matters including former Pakistan Coach, Bob Woolmer, who died in Jamaica during the 2007 Cricket World Cup.

He also ordered the arrest of three members of the Constabulary and two civilians, in the coroner’s inquest into the death of entertainer Robert Hill popularly known as ‘Kentucky Kid’.

He’s also described as a man who celebrated civility.

She extended condolences on behalf of her office to the family of both men.