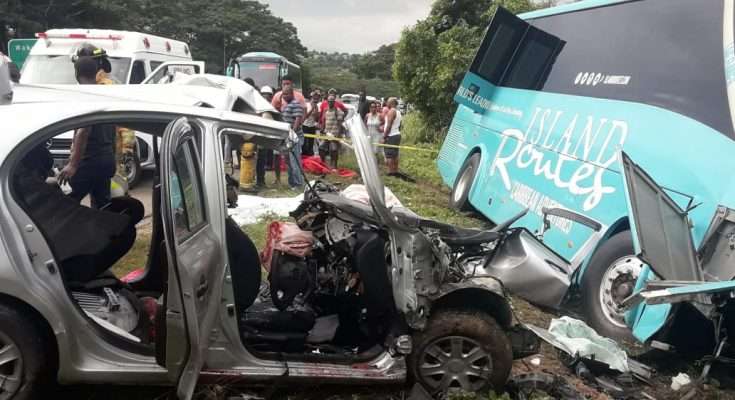 At least four people died and others are seriously injured following a vehicular crash along the Falmouth section of the North Coast Highway yesterday.

Police reports are that shortly after 10 yesterday morning, a Coaster bus and a Nissan car travelling along the Daniel Town intersection collided.

Four of the five occupants of the car were killed, while the surviving woman was taken to hospital with serious injuries.

Two occupants of the coaster bus were also injured

Three of deceased have been identified as 24 year old Dayton Mcleary, 22 year old Everton James, and Omroy Russell all from Portland.

The fourth deceased has not identified at this time.

The crash resulted in a major traffic pile-up in the area.