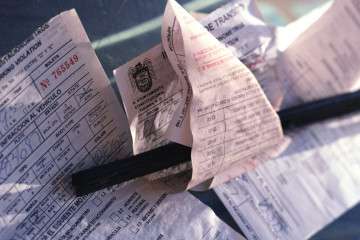 Four men are to be sentenced in the Kingston and St. Andrew Traffic Court, today for amassing a combined total of more than 2,000 outstanding traffic tickets.

They are: 59-year-old Errol Lyle, from Hermitage in St. Andrew.

Three warrants were issued for Lyle who has accumulated 466 outstanding traffic tickets.

Also to be sentenced is  57-year-old Easton Codner of a Kingston 19 address.

A warrant was issued for Codner who has accumulated 713 outstanding traffic tickets.

Six warrants had been issued for James and 26-year-old Jeffrey Phipps, from Lawrence Tavern, also in St. Andrew, will be sentenced for accumulating 451 traffic tickets.