Home Sports Francis Fails To Medal At Pan Am Games 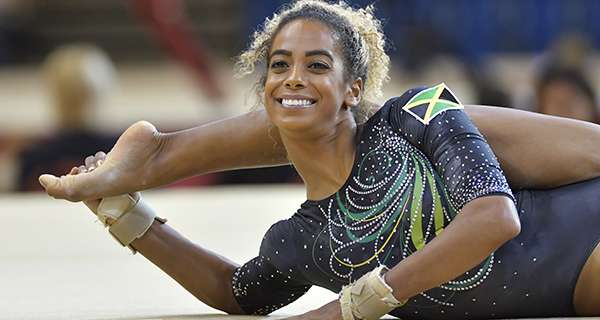 Francis Fails To Medal At Pan Am Games

The British based gymnast finished 7th in the Individual All-Round final.

Her best performance was a 5th place finish in her floor routine.

Canada’s Elizabeth Black won the gold, with silver going to Riley McCusker of the United States, with Flavia Saraiva of Brazil walking away with the bronze.

Jamaica’s hopes of winning a medal on the 6th day of the tournament lies with Reiss Beckford who competes in the men’s individual All-Round final, this evening at 6.

Meanwhile, Jamaica’s Katherine Wynter has so far registered two wins in the first round of the women’s badminton Singles.

She later return to beat Sabrina Scott of Barbados 2-nil.