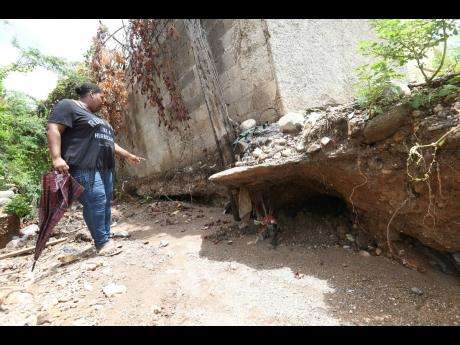 Residents of Harbour View in St. Andrew say they’re at their wits end with state agencies over what they consider the utter disregard for their lives and property.

According to the residents an unfinished gully to transfer water dug behind their homes is making their lives miserable.

A delegation visited our newsroom and expressed their dissatisfaction at the lack of representation and response from the authorities despite several calls for action.

The residents say damages caused by soil erosion has resulted in significant loss of property and increased security concerns.

The Harbour View residents have linked the Kingston & St. Andrew Municipal Corporation and the National Works Agency to the project.

When contacted, MP For East Rural St. Andrew, Juliet Holness, says she is aware of the issue but that the affected area is not a part of her constituency.