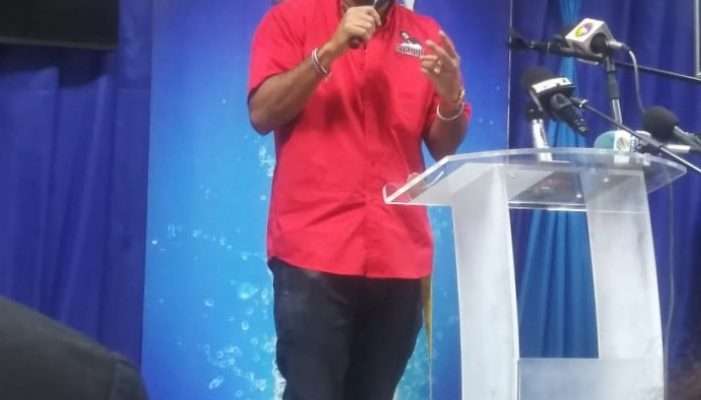 The future of the multi-million dollar fundraiser, the Shaggy and Friends Concert, is in doubt.

That’s according to international recording artiste and co-founder of the Shaggy Make A Difference Foundation, Orville Burrell.

The multi-platinum artiste says his reputation has been affected due to media reports questioning the status of the funds raised at the concert’s last staging.

Since 2009, the charitable event has reportedly raised over $400 million dollars for the Bustamante Hospital for Children.

At a media conference yesterday, Mr. Burrell, whose stage name is Shaggy, sought to set the record straight.

The entertainer says the media reports and subsequent criticisms have been disheartening.

He had this warning for sections of the media.

According to media reports, the hospital’s chairman, Kenneth Benjamin, confirmed just over a week ago that neither the Intensive Care Unit beds nor the money raised from Shaggy’s last concert in 2018, had been handed over.

But, Shaggy says his foundation does not hand over the funds to the hospital.

And, the Grammy-award winning entertainer says he had plans to raise more money because the amount that was raised was insufficient to buy the five beds as planned.

He says despite the challenges, his team is committed to improving the only hospital of its kind in the English speaking Caribbean.

At the media conference, Shaggy showed proof of the Foundation’s account, which had over 112-million dollars.

And he says additional partners have come on board and with their help the hospital is to build a three-storey building with about 150 beds.

But, as it relates to the next staging of the concert, Shaggy says he will have to consult with his team.

He says the Governor-General is adamant that the Foundation can no longer use the parking lot at King’s House.