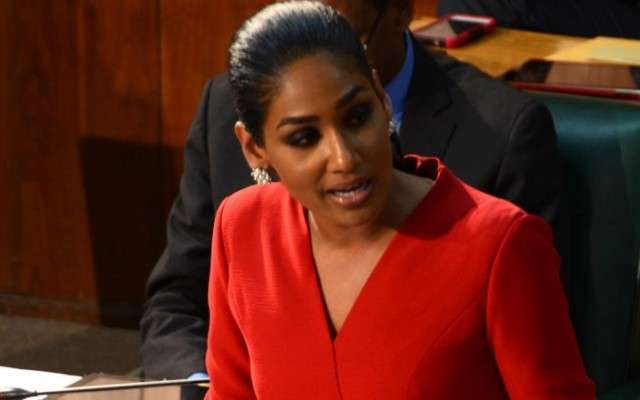 In a statement yesterday – G2K says it notes that the report recommends that criminal investigations be pursued into a possible conspiracy between Hanna’s constituency office, the St. Ann Municipal Corporation and Contractors to defraud the Government of Jamaica.

G2K says it further notes that the OCG report states that the DPP should also investigate whether Ms. Hanna wilfully misconducted herself by acting fraudulently.

According to G2K President, Stephen Edwards, Hanna should step down to facilitate the probe.

Mr. Edwards says the Contractor General’s report brings Hanna into disrepute along with her political office and members of her constituency executive.

Edwards says given that Ms. Hanna is at the centre of the controversy and the fact that her own actions are recommended for investigation, she should do the right thing by immediately stepping aside as Member of Parliament.

This to allow thorough and transparent investigations to proceed.

Mr. Edwards says in October this year, G2K called for the tabling of the OCG’s report which the country has been waiting on since 2015.

He says he notes that the report has been referred to the Financial Investigations Division, FID.

But Mr. Edwards says given the extent of the alleged conspiracy, Generation 2000 believes that the case should also be referred to the Major Organized Crime and Anti-Corruption Agency, MOCA.