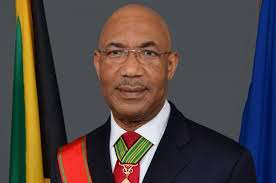 Governor General, Sir Patrick Allen, is this afternoon calling on Jamaicans to unite against lawlessness and the brutality against the nation’s police officers.

In a release today, Sir Allen says while he regrets the loss of lives of the general citizenry, he’s extremely concerned about the attacks on the police.

Sir Patrick says the crime surge in Jamaica, particularly the western end of the country, must be halted.

He’s calling on the country to unite and get rid of the vices, including the lotto scam, which he says have ruined our international reputation and is destroying homes and lives.

He’s also called for gangs to be disbanded and for the trafficking in drugs and guns to be eradicated.