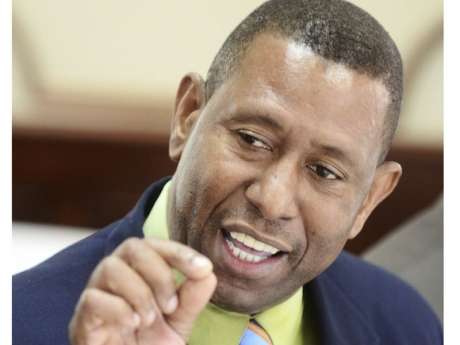 Defence Attorney, Hugh Wildman, is rejecting as legal ignorance the insistence by Financial Investigations Division, FID Chief Technical Director, Robin Sykes, that the charges against fired Education Minister Ruel Reid and his co-accused, were laid in a lawful manner.

Mr. Wildman held a media conference yesterday and disclosed that he’s filed an application for judicial review in the Supreme Court.

The attorney said he filed the motion because the FID does not have the statutory power to lay criminal charges .

Wildman insisted that the charges laid against Reid and his co- accused are null and void.

But, the FID Chief Technical Director is quoted in the print media today as hitting back at Mr. Wildman.

Mr. Sykes noted that the charges against Ruel Reid and his co- accused were laid by the Constabulary Financial Unit, CFU.

Sykes noted that the CFU is assigned to the FID but it’s staffed with members of the Jamaica Constabulary Force, JCF.

The FID head insisted that because agents of the Constabulary laid the charges, the process was in keeping with the law.

Mr. Wildman is this afternoon dismissing that view.

Mr. Wildman says it does not follow that because agents of the Constabulary who’re working with the FID laid the charges – the charges were properly brought.

Mr. Wildman says he’s in dialogue with the Registrar of the Supreme Court to have the issue ruled on by the Court at the soonest possible time.