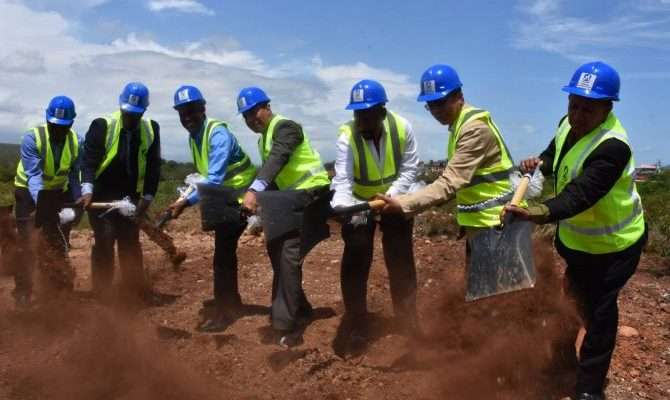 The government is aiming to have more than 23 thousand new housing starts through the National Housing Trust, NHT, by March of 2023.

That’s according to the Public Bodies Estimates of Revenues and Expenditure for year ending March 31, 2021.

The government is also projected to spend an additional three- hundred and 18 million dollars on the PATH programme.

The government says it projects total housing expenditure of just over 41 billion dollars through the NHT.

This is to provide 23-thousand-two-hundred new housing solutions and a delivery of 20-thousand solutions by March 2023.

The expenditure will primarily see the completion of approximately six-thousand housing units, to include the Villages of Colebeck Castle, Perth, Ruthven Road and Industry Cove developments.

The NHT will facilitate the creation of over 9-thousand three hundred new loans for scheme units, joint finance mortgages and open market purchases.

On the social side, the government says $318 million in additional path spending is geared towards keeping benefits inline with projected inflation.

PATH will also expend $1.5 billion in recurrent spending of which $900 million will go toward a new social pension programme for the elderly who are not covered by other such facilities.

Meanwhile, according to the Fiscal Policy Paper, the government is projecting a more than $29 billion reduction in debt payments for the next financial year. That’s approximately a 9-per cent decrease compared to the current fiscal year.

This comprises a 13 per cent reduction in amortization payments, representing a decline of over $23 billion.

Interest payments have also fallen by almost five per cent, or $6.4 billion.

The government says this prudent management of public debt puts the country on track to achieve a debt to GDP ratio of just under 68% by the end of fiscal year 2023-2024.