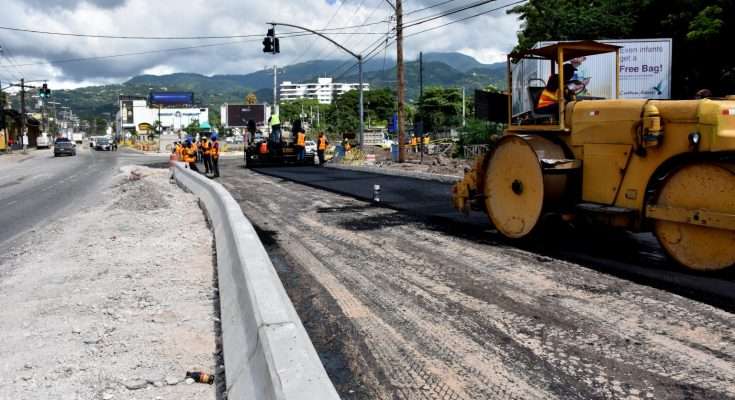 The government is apologizing for the delays in completing certain road projects in the Corporate Area.

Yesterday it was revealed that a number of ongoing road works in the Kingston Metropolitan Transport Region, KMTR, won’t be finished before the end of the year despite several promises that they’d be completed before Christmas.

Finance Minister, Dr. Nigel Clarke, has expressed his love of what he calls “Cyaapet.” But the carpets will not be ready in the Corporate Area for Christmas.

Press Secretary to the Prime Minister, Naomi Francis, is apologizing for the delays in completing several road works across the Kingston metropolitan area.

The road works are geared toward improving the flow of traffic along key corridors in the KMTR.

One such project on Constant Spring Road was originally to be completed in August this year..

But, this was later delayed to September.

However, much to the frustration of commuters, Customer Service Manager of the NWA, Stephen Shaw, says they’ll still be working on the roads into the new year.

The several extensions have resulted in periods of traffic congestion during peak hours.

The public have been inconvenienced due to sections of the road being closed.

Ms. Francis says Prime Minister Holness has impressed upon the various authorities to ensure all projects remain under budget.