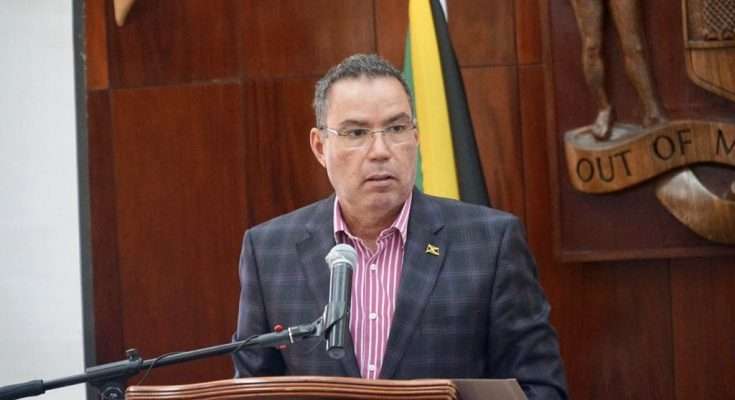 The government says the Greater Bernard Lodge Development Master Plan is designed to transform Portmore and other sections of St Catherine into a smart city.

Minister without portfolio in the Economic Growth and Job Creation Ministry, Daryl Vaz, announced the next phase of the project at a media conference at Jamaica House today.

Minister Vaz also gave the assurance that none of the farmers or informal settlers on the Bernard Lodge lands would be forcibly removed.

Some stakeholders, including South St. Catherine Member of Parliament, Fitz Jackson, have accused the government of failing to facilitate sufficient consultations with residents on the project.

But, Minister Vaz told the media that talks have been facilitated and have resulted in changes being made to the master plan.

He says the government has been meeting with the affected persons and have promised to either relocate or compensate them.

He says Cabinet has decided that the lands designated for agriculture will only be used for that purpose.

The Minister says the development master plan will see improvements in roads, water, the sewerage system and other infrastructural facilities in St Catherine.

He says the government will be including a performance clause in all contracts for sale or lease of lands, which will require owners and lessees to improve the lands under their control.

Mr Vaz says several community meetings on the development master plan are to be held in the coming weeks.

He also revealed that South St. Catherine Member of Parliament, Fitz Jackson, has applied to lease lands in the area.

Nationwide News understands that the amount of land owned by Jackson is approximately 20 acres.

In the meantime, State Minister in the Ministry of Industry, Commerce, Agriculture and Fisheries, Floyd Green, says there are plans to produce cannabis and castor beans on the agricultural lands in Bernard Lodge.

He says the development will significantly improve agricultural production and help to reduce the nation’s food import bill.

The State Minister says farmers will be given technological assistance and help with accessing markets.

Floyd Green,  State Minister in the Ministry of Industry, Commerce, Agriculture and Fisheries, speaking today at a media conference at Jamaica House.