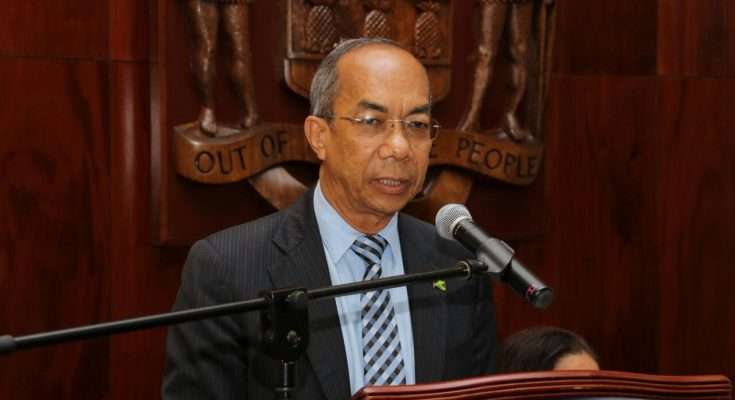 National Security Minister, Dr. Horace Chang, says the government has no intention of cutting the budget of social intervention initiatives across the country.

Dr. Chang announced recently that the Peace Management Initiative, PMI, would be coming to a close.

Nationwide News wishes to clarify an earlier report, where it was reported the Citizen Security and Justice Programme was being closed because donors had pulled their funding.

We are now of the view that is not so.

The administrators of the CSJP programme and the donors had originally intended for the social programme to come to an end in 2019.

Dr. Chang says some social intervention projects like aspects of the PMI aren’t getting to the people most at risk.

He says the government plans to redesign how social intervention is implemented.

Meanwhile, Dr. Chang is condemning the violent actions that broke out at the funeral of national women’s football team representative, Tarania Clarke.

But her funeral was marred by stone throwing, a stabbing and a shooting.

The police detained a number of people following the chaotic scenes at the burial ground.