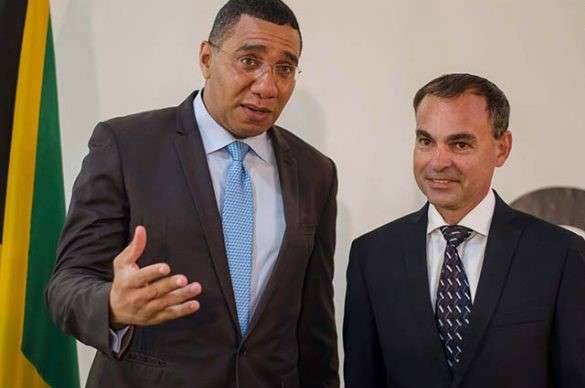 The government today launched its Housing, Opportunities, Production and Employment Programme, HOPE, geared at improving the social prospects of Jamaicans.

It was launched at the Office of the Prime Minister in St. Andrew.

The government believes it will improve the social outcomes of Jamaicans by plugging a critical gap in youth development.

HOPE was announced last year as a replacement for the Jamaica Emergency Employment Programme (JEEP).

Its predecessor JEEP –launched in 2012 — was the brainchild of former Prime Minister, Portia Simpson Miller.

It was mandated with providing employment for Jamaicans while improving the infrastructure and social amenities of the country. But Mr. Holness says his HOPE is not another emergency employment programme.

HOPE, in its first year, is expected to help some 15-thousand young people.